Mom was a geek.

She surprised me with her Big Bang Theory fandom, but it shouldn't have. She introduced me to Doctor Who. I was nine or ten years old, and we were dressing for a cousin's wedding. She had PBS running on the television in her bedroom, as she often did. I was half watching her put on makeup and curl her hair, and half watching the latest alien menace (it was ). It terrified me, yet made me a fan for life.

My friends were in fan clubs; my now-husband had recorded every episode WHYY, WNJT and WYBE aired.

As I write, three hundred other Whovians are slowly gathering in the lobby of a hotel in New Jersey to discuss, dissect, disagree and squee over a once-obscure British television series. "I have found my people" is often a joke, but a true one.

Thank you for helping me find them, Mom. 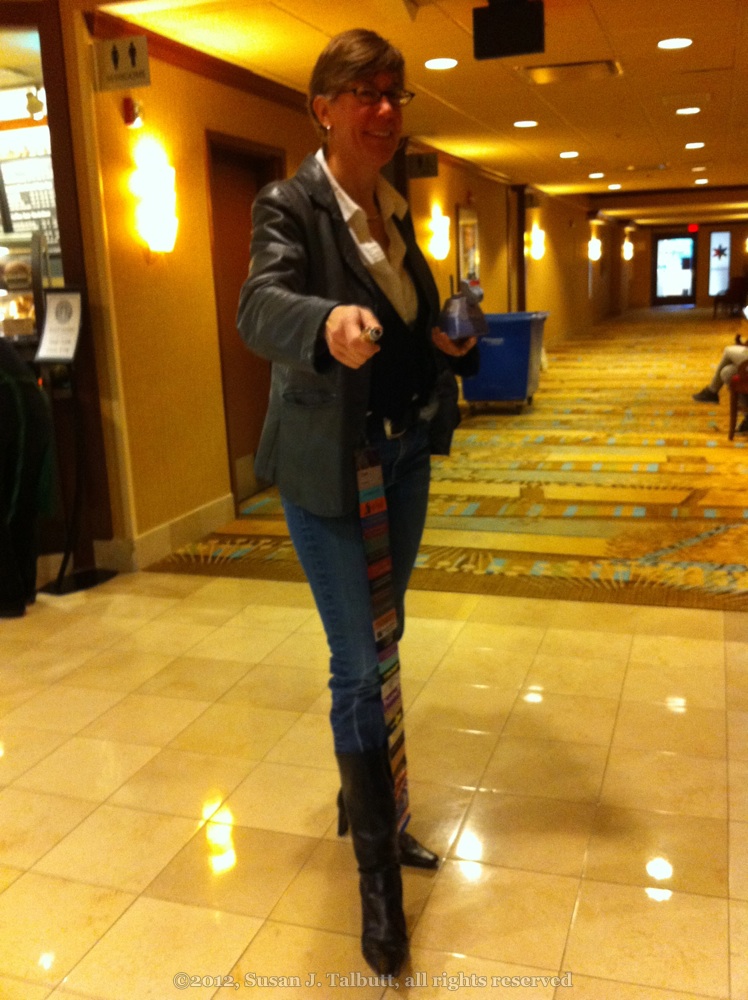 Gallifrey One 2012, a Doctor Who convention. I'm wielding a sonic lipstick.